Martin lives in a group residence with 24-hour staff. He does not like to shower and would prefer to wear the same clothes every day. When the staff insists that he wears clean clothes, he tries to escape by taking the clean clothes on the outside of the muddy. After countless attempts to change Martin’s behavior, the staff concluded that Martin is not motivated for change. Another concern with the staff is his language. He banners a lot. In addition, he behaves badly with women. He blamed for them and «footers» those ladies he meets and tries to invite them to the cinema.

After three weeks in the work of the municipal administration, he had to quit. The colleagues had reacted strongly to his language use and thought he was rude and dull. Beckoned over after several of the female employees had felt mutilated by Martin.

After many discussions between job specialists and the staff in the home, it was agreed to try to find a job where Martin could fit better in socially. Job Specialist eventually found a job at a mechanical workshop where the job was to dismantle and recycle mechanical production equipment. There were seven employees at the workshop, all men. During a visit to the workshop, the job specialist could quickly register that all employees used overalls and that cleanliness was not a requirement in this job. There was a loud noise level, and coarse jokes and cursing were part of the vocabulary. On the walls there were calendars and posters with pictures of casual ladies.

At the evaluation meeting after three months at work, the job specialist would hear how Martin worked in the job. «Absolutely fine! He’s one of the guys!», That was the spontaneous answer.

The example of Martin illustrates that a good social match is important to ensure that the employee fits in. The staff in Martin’s residence had spent a lot of time and resources trying to change Martin’s behavior so that they looked better with their perception of working life. They had tried to make him curse less and dress up so that he could fit into the job of the local government administration. If the job specialist had not found an alternative job to Martin, the probability is great for the story to have repeated. Perhaps Martin might be out of work today. The job at the workshop represents another job reality and a much better social match for Sverre. The need for comprehensive skills training to function optimally in the job is no longer present. 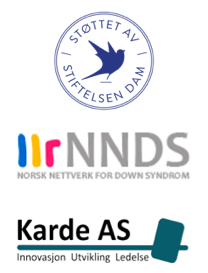